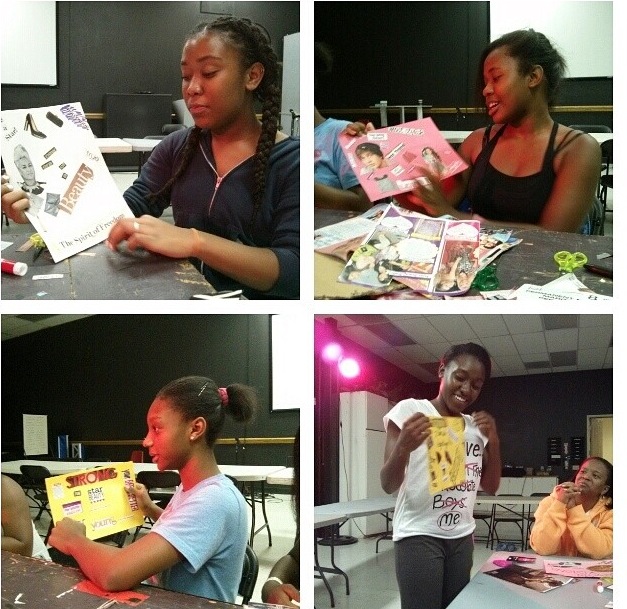 12 life changing hours later! Daydream on purpose, Girl with no limits, Nail Bar, Make Up Sessions, Hip Hop Class, and Healthy Living are just a few of the empoweing sessions our girls went through on August 8th! What an amazing time! A little under 50 girls, 7 mentors, and whole of FUN! The girsl embraced sisterhood, planned for their future not mention the amazing meal and all MALE wisdom panel that went on during dinner. WOW! The friendships, memories, and dsicussions changing us all forever! Can't WAIT until Chicago! 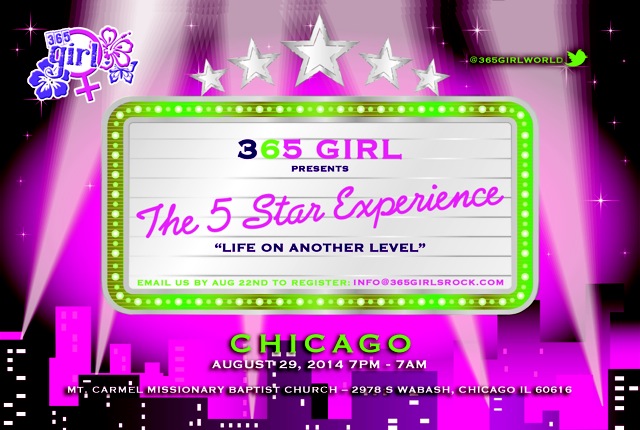 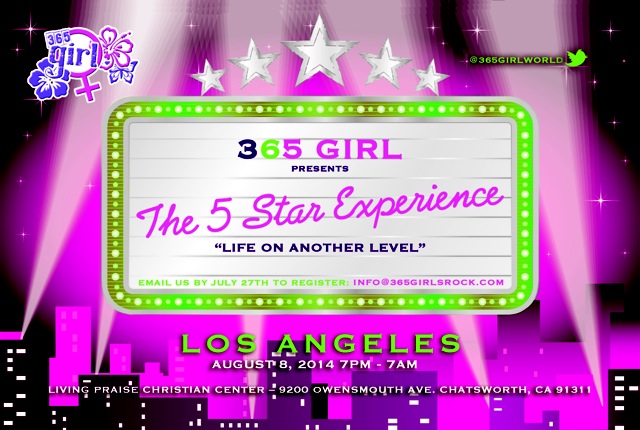 Happy New Year! We love you guys so much and want nothing but the best for you! Be the best friend, sister, student, child, dancer, singer, or athlete you can be! No more no you can't... Yes I can! You are so special! My prayer for this year is that your mind is blown! Your amazing is on the way! Be thankful for every moment of 2013! It made you who you are it shaped and will make every success and victory in 2014 that much greater! We are starting the year off with #365Girl joining the nationwide #52weekmoneychallenge! Yes #goodgirlsave! You will be so proud and richer! We love all of you and plan on doing everything in our power to increase our connection this year! 2014 will be our BEST year yet! Dream more! Smile more! Love yourself more! Love Tracey Hawkins Sydnor Founder 365 Girl Foundation 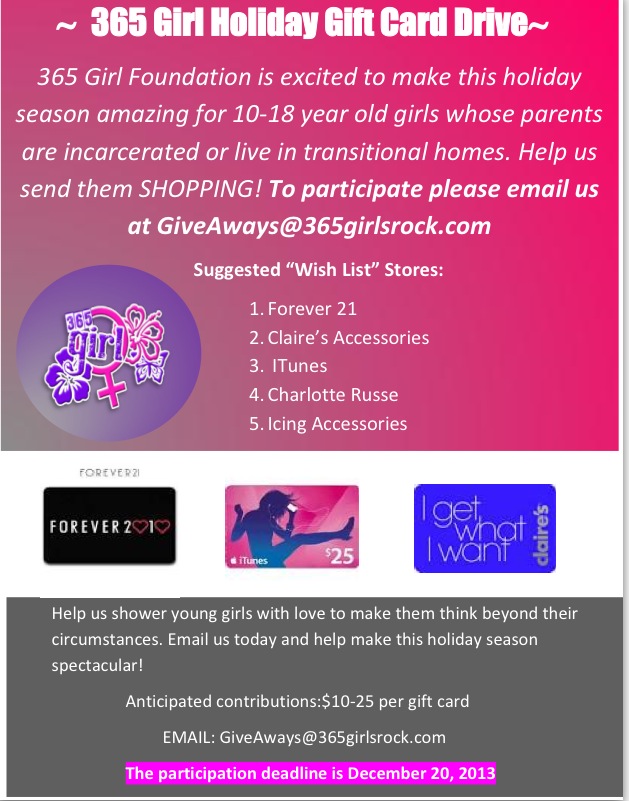 Our Founder wins 1st Runner up for Ms United States Woman of Achievement! 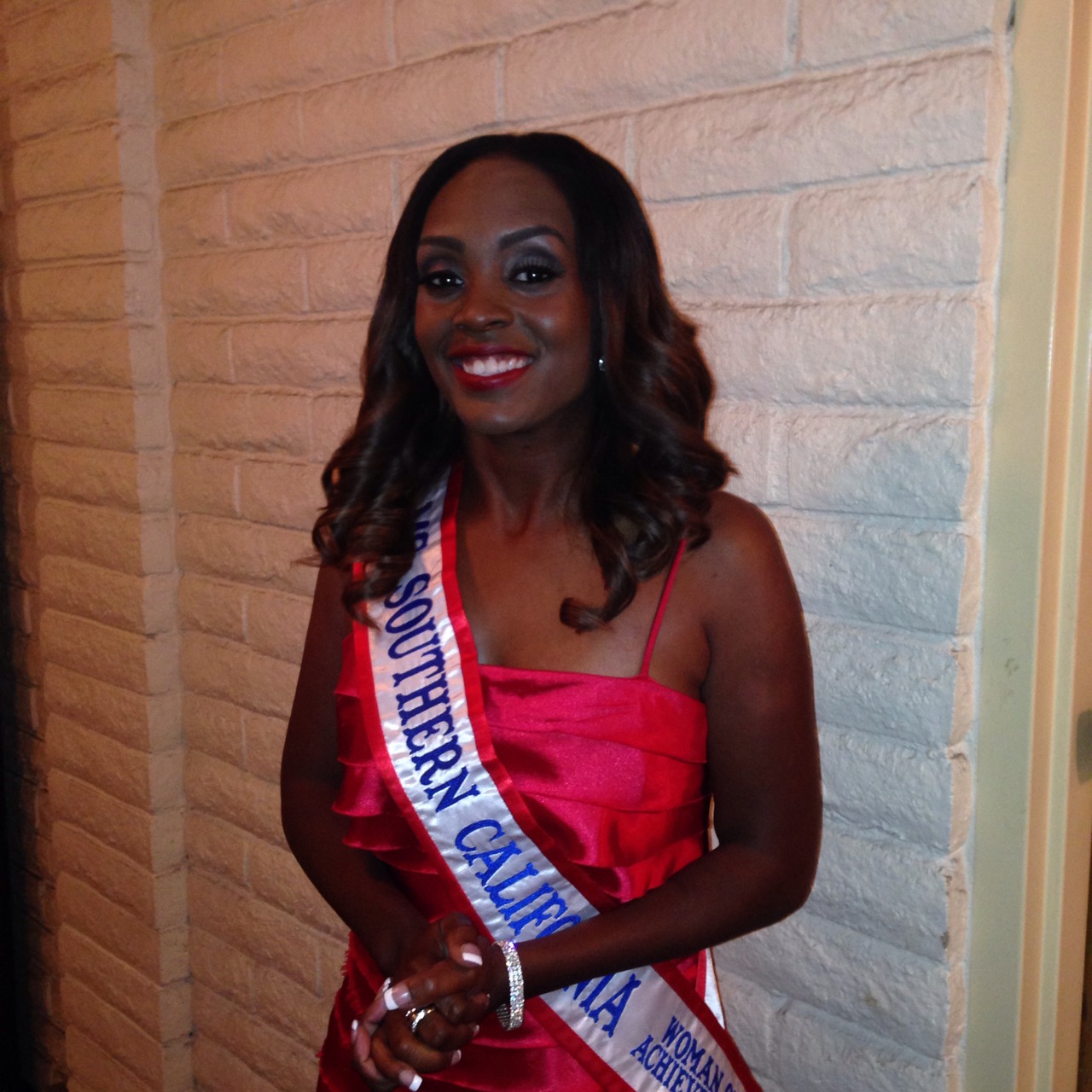 1st Runner up…Works for me:)

I had the most amazing weekend! I represented Southern California as the Ms So Cal in the National Woman of Achievement pageant! It was an EPIC experience! I met some really phenomenal women who share my passion for making a difference.

I wanted to represent myself, my family, and 365 Girl well. That was my goal. A few months ago I was in a pageant and I was not prepared (being a pageant rookie) and I let the women in the pageant intimidate me. I have never been in that position before. I have always operated with a healthy dose of confidence because my belief is that God created me to be special and set a part.

This pageant in June was a fail…I allowed myself to get so intimidated that no one got to know the real me. What a horrific experience. I left out there feeling defeated not because I lost but because I beat myself by not even showing up:(

It is not how you fall it is how you get up:)

I decided to do this pageant just because I had to prove to myself that I could do this. Nothing is impossible. I can’t teach and give hope to you ladies If I don’t believe it. I couldn’t let my one and only pageant in life end that way.

This pageant was a different story. The director was phenomenal. She was constantly checking in and making sure that I was ok and comfortable, that allowed me to bring my “A game”.

I didn’t study, I didn’t plot, I didn’t obsess. I prayed and opened up and allowed the judges and everyone there to get to know me. The true woman I have always been. A woman who has a heart for girls. A woman who loves God. A woman who loves to smile and loves life and it worked. The judges got to know me, they loved what 365 Girl stands for and I was chosen 1st Runner up to Ms United States WOA…other women Would have been disappointed because I didn’t win the crown…but to me being able to compete and not allow intimidation to win again was the ONLY crown I needed:) I was definetly the queen of the night…In my eyes the fact that I even put myself out there is again #winning

Things have been amazing BUT busy here in our world! We wouldn't have it any other way! We ran 2 successful 12 Hour Pajama Conferences this August! One is LA on August 9th at Living Praise Christian Center:) Another one in our founders hometown Chicago. Mt Carmel Missionary Baptist Church is one of the most supportive, loving, and sweetest ministries there are! Pastor Robert Jones has been one of our biggest advocates! We had a total of 147 total at these events! They were awesome! The surprises were coming on all sides. Special guests like Ms Essence Allen who is currently Ms Windy City 2014 came by and shared life changing words of wisdom about chasing their dreams during the etiquette dinner in Chicago! Dorothy Enriquez Owner and editor of Dot Magazine also did a phenomenal job of motivating and inspiring our Los Angeles girls to get an education and follow their heart! From the midnight dance breaks where we "Wobbled" and "Cupid Shuffled" until our feet hurt, these two nights were all that we prayed for and more! I saw change and healing at 2am in Chicago in our Pain and Forgiveness sessions! Tears were flowing wounds were being healed...trust me it was awesome! Los Angeles had a similar experience with girls sharing about dealing with suicide thoughts and deep depression. I am always am blown away by the emotions and thoughts these girls bury deep and never share until they have a moment at one of our conferences! I love what we do and we will be so much more of it monthly in Chicago, Los Angeles, and Virginia! Being a 365 Girl truly does ROCK! 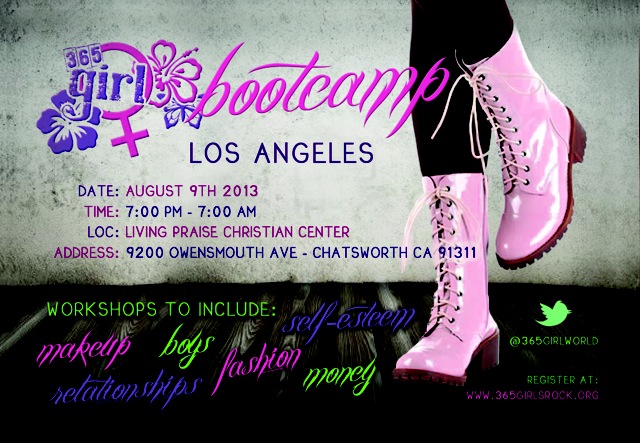 The time is here! This Friday the 365 Girl BootCamp Begins!

The girls of Living Praise Christian Center and San Fernando & Antelope Valley are in for a night of BIG fun!

Road to the Pink Crown Week 2!

Road to the Pink Crown Week 2! The Face: We had an amazing professional make up artist come teach the girls about skin care, moisturizing, and Make up 101! It was so much fun! I even learned a thing or too:) The girls are so into these sessions they are really sponges. We ended the class with the girls practicing smoky eyes on each other...CLASSIC

Road to the Pink Crown

Road to the Pink Crown Week 1! Wow! I have the most amazing group of girls who have signed on to take the �Pink Crown Challenge�. These are beautiful, smart, and fantabulous! Week 1 was all about �The Look�!?Onnikah Randolph and her business partner came to teach Fashionista one on one how to dress and look great at any size and budget:) They learned about thrifty great seasons to shop and how to get the biggest bang for their buck! It was awesome�Can�t wait for next week!

Oops! This site has expired.

If you are the site owner, please renew your premium subscription or contact support.